It was incredibly exciting to have Steve Little and Keith Post on for Episode 6 of the Growth Minded Contractor podcast.

That’s because not only are these guys consistently making $67 million dollars per year, as the 26th best roofing company in the country…

But they have been closing deals to work on the stadiums for the biggest sports teams in Texas too!

And the secret to this success is something that does not get the attention it deserves among contractors:

Fortunately, co-founder Steve Little had extensive experience with branding from his previous line of work in sports licensing where he was working with large apparel companies like Nike.

Because of his experience, Steve persisted in trying to convince his partner Keith to do something he never would have done on his own:

Naming the company after himself.

You see, despite Keith’s embarrassment at becoming the face of the entire company – he already had a stellar reputation in the industry.

Steve knew that this would make it much easier for them while starting out, if they piggybacked off this existing good name rather than going with something more generic and less meaningful such as ‘Superior Roofing’.

And after doing 6, 8, and 10 million dollars their first three years in business – it’s hard to argue with the results of this branding strategy.

But this would just be the start…

Because Steve had a really interesting co-branding strategy that he would apply next.

The idea behind this approach is simple:

If you collaborate with a larger company, in people’s minds your brand is going to be elevated to the same level, which allows you to press fast forward on the growth of your company.

Using this strategy, they were able to leverage that rapid early success they had, and the stellar reputation they created (thanks to Keith’s name)…

In order to land a deal with the Dallas Cowboys stadium, after having been in business for just three years!

And since this lifted them up to the same level as this massive brand, it was like their business got catapulted from being in year 3 to year 10.

So, from here,Steve started branding Kpost as the “sports roofer” and, with a lot of hoops to jump through, they eventually managed to get NFL licensing and became the official roofing company of the Dallas Cowboys.

Now, this really helped to put their name on the map, and over the coming years allowed them to secure deals to work on other stadiums for the Rangers, FC Dallas, and just recently renovating the home of the Mavericks.

But this comes with a word of warning.

While this is an amazing story, Kpost’s success doesn’t just come from a sexy branding strategy or landing a lucky opportunity.

It comes from their values and long term thinking when it comes to business.

And there’s no better story to highlight this than their first big win.

You see, long before they were restoring the roofs of stadiums like the $420 million dollar American Airlines Center…

Kieth and Steve’s biggest win was a $59,000 contract they had secured in their first year of business.

Once they had finished high-fiving and popping champagne bottles, they read over the contract and then suddenly realized there would be setup costs required that would amount to $55,000 worth of overhead.

Quickly their cheers turned to groans but rather than scrap the deal, they decided to operate with integrity, stay true to their word and get the job done.

And once they did an amazing job on this project, this ‘disaster’ turned into hundreds of thousands of dollars of backend work for this company they still work with today.

This not only shows the importance of Kpost’s commitment to operating with integrity, but also their positivity and willingness to look at any obstacle as a possible opportunity.

These powerful values and attitudes also extend to their company culture.

But they also don’t hire or keep any staff who don’t also act with integrity.

However, this goes beyond how customers are treated because Steve and Keith make it a priority to also help their employees through adversity in their personal life.

Even being there every step of the way for one of their employees who underwent heart surgery.

So, if you ask anyone roaming the halls, they will have a story of someone else in the company helping them through some kind of personal problem.

When you have a high-integrity workforce who cares, takes care of each other and values the customers – it’s not hard to see why Kpost is synonymous with quality work.

However, to be one of the top contractors in the country, you also need to have the necessary industry know-how to back up your honest and caring attitude.

As they put it, if you keep doing what you’re doing, you’ll keep getting the same results.

(Something that is simply not acceptable when you’re striving to get better each year, or each day!).

In addition to this, if a big innovation comes along and you’re not paying attention, your competitor may take advantage of it and surpass you quickly.

You can imagine just how many game changing innovations have happened in that time.

But what is really admirable about Keith and Steve is that they also apply this “treat others how you want to be treated” attitude to the industry as a whole.

A big reason for this is that during their first 15 days in the business, Matt Kelly from Empire Roofing called them up and just wanted to chat with them because they had heard they had started their own company.

And they were so open, they brought them to their facility and showed them what they were doing and answered any questions that they had.

They were so blown away by this openness that since then Kpost have had an open-door policy to any outside contractor who wants to learn more about what they do, and will answer any questions that they have.

And they’ve stayed true to this principle having had hundreds of contractors on their facility since opening.

This willingness to share their best insights is one of the reasons why I’m so excited to have Steve and Keith speak this year at the Transform Conference.

So, if you’d like to learn from dozens of high-level, 9 figure contractors like Keith and Steve, having the opportunity to ask all of your burning business questions…

Then there’s no better place to do that, than the Transform Conference, our yearly live event!

To discover the line up of impressive speakers and all of the exciting details about the upcoming Transform Conference – just click here now.

P.S. If you enjoyed today’s episode and want to be sure you don’t miss our upcoming releases…

Then make sure to subscribe to our YouTube channel by clicking here, that way you can be alerted whenever we release a new episode. 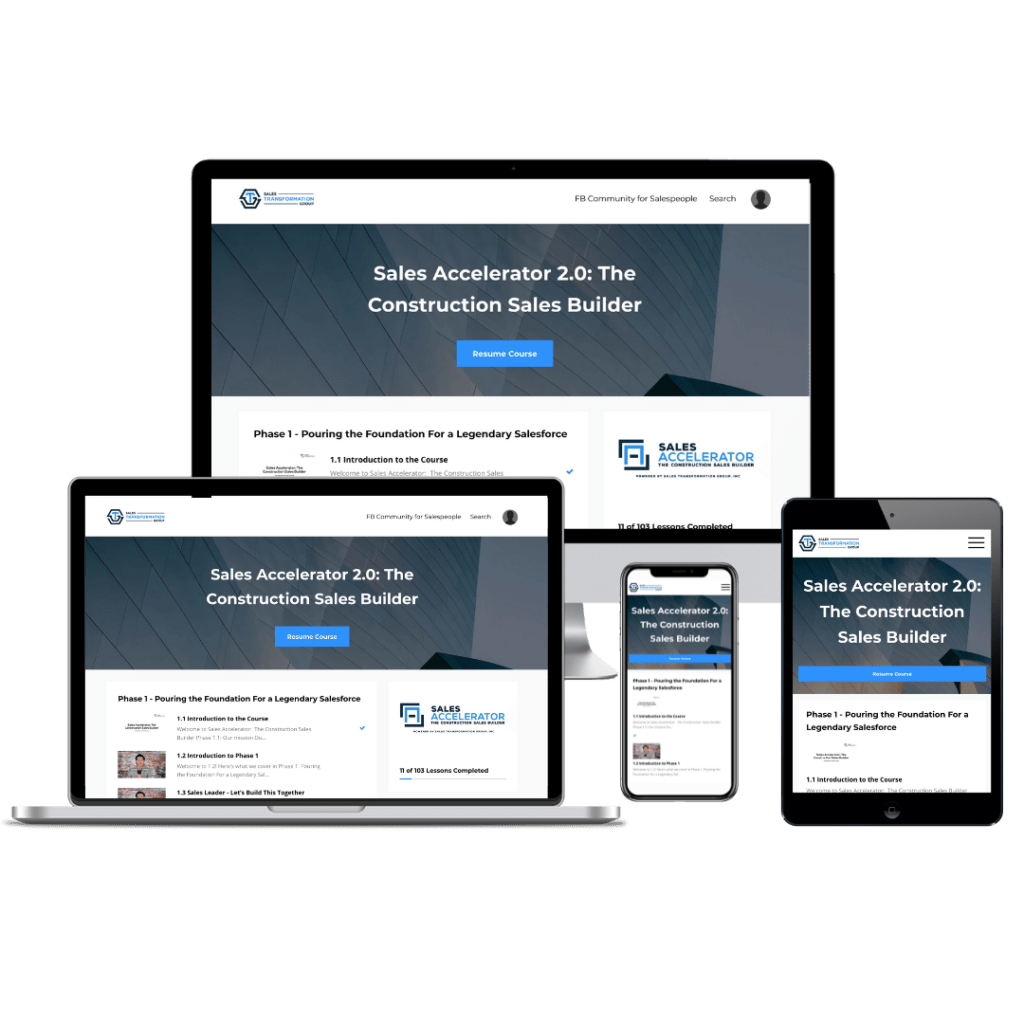