I help contractors build predictable sales models — WHY? HOW? Here’s my story…

Thanks for visiting this post! If you’re here reading this now, you might be in a situation as an owner or a sales leader of a company where you are looking for ways to survive and thrive. You see, the problem that I see most in the contracting business is the degree of energy that they’re spending on so many different opportunities and ideas that come their way. This leads to multiple arrows going in different directions, which leads to a lack of consistency. This lack of consistency is what sabotages many companies from building an organization that they can leave and go on vacation without it falling completely apart. It also creates this tension between generations where the business isn’t really a business at all, but a burden that most children want to run away from because of the lifestyle that it created in their home. This is a problem, a huge one at that!

You see, I was involved in my own family business with my parents early on in my life and I saw the challenges that it created. The dinner table was full of plans and specs, paperwork everywhere, pressure on my parent’s marriage, it was controlled chaos. Although they had cast a vision of me one day taking over the company, I wanted to leave and create my own path because I thought the contracting business was a disaster that I didn’t want to be part of. Looking back, it’s as if owning a contracting business was “a blessing and a curse” and it was more like a high paying job, not a really company that could survive without them. So, I decided to create my own path and pursue a career in baseball. I went on to play collegiate baseball at Florida Atlantic University, then a stop a Florida Junior College, then finally landed at Oral Roberts University in Tulsa, OK. I worked diligently and received scholarships, got drafted twice by professional organizations and eventually signed with the LA Angels and had 2.5 year minor league career. It was awesome, but challenging! I will never forget the emotions that I had getting called up and back down, hitting well and having slumps, it was a wild ride!

When that chapter ended, I decided it was time reinvent myself and decided what was “my next step” and moved back to South Florida to get rooted into a region and stop traveling around on team buses like a nomad. I went back into construction and spent some time with a concrete restoration company as a project manager, but I noticed it wasn’t much of a step up from my parent’s chaotic operation. I didn’t see where I could really grow like I saw my trajectory with baseball, you know like real professional level growth. I still wasn’t getting inspired by the level of excellence and professionalism that I knew existed.

I went to work networking and got connected with a great community of people, which led to a friendship with a couple of entrepreneurs. I thought to myself, “if I’m going into business, I’m going to get to the big leagues, no more little league play”! As I continued this approach, I saw was a different caliber of business owners within this network. Eventually, I got connected to one of the top business owners in the South Florida market, a Commercial Roofing Contractor that turned into a 4.5-year chapter where I received very hands on mentor-ship and learned the nuts and bolts, mindset, vision, strategy, structure, systems, and processes of his $50 million per year local contracting sales organization. This contractor created and was living in his own of what I call “Contractor Nirvana”. He had a young, highly motivated sales team that was trained and accountable, he saw a massive boost in closing rates and shortening of selling cycles, his margins got better and he was able to create a model that was scalable. I mean, it was so cool. He created a culture, a leadership team, a playbook, systems and processes, a brand that carried a great reputation. He was able to give to charities and have time to mentor a guy like me, it was like I got a hands on Master’s degree in Contracting Sales Organization Design. 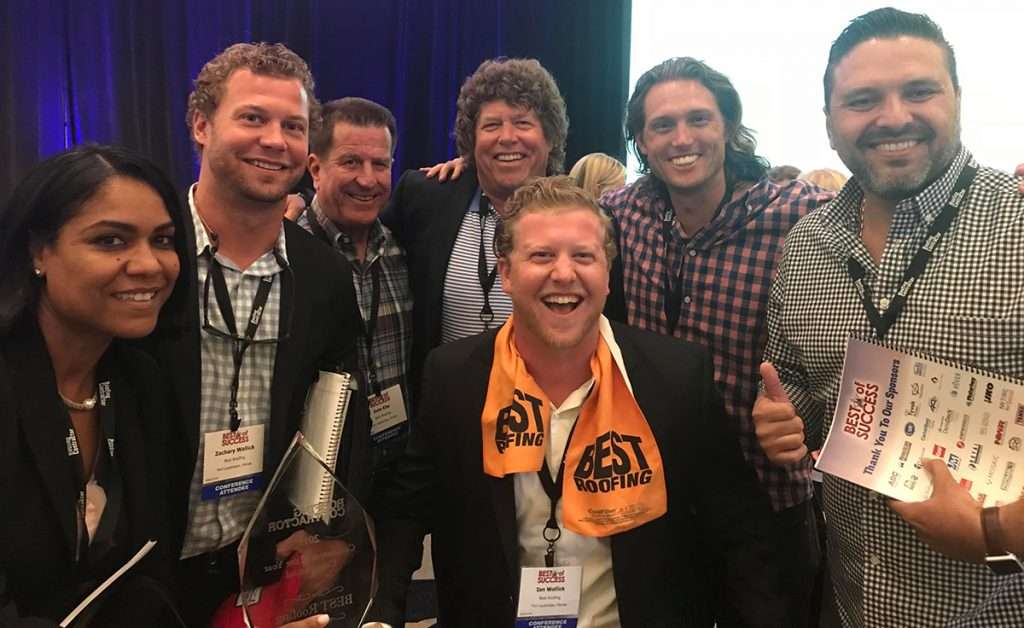 You see, I had the special opportunity to implement a sales software that was created by this Roofing Contractor. He solved his own business problem by having a programmer write this and he and I teamed up to share the success with hundreds of contractors nationwide. I noticed, however, that many contractors were living in the same place that my parents lived in, where my concrete restoration stop lived in. It became evident that people needed more than software, they needed a transformation to becoming a professional business. So, I began teaching, coaching and consulting owners and sales teams on what it takes to become winners in their market. I was beginning to see everyone’s light-bulbs brighten up, it was as incredible. Change was occurring, growth was happening, and I felt like I was becoming the spark plug.

I grew like the seed in the story “jack and the bean stalk”. I was in such a great environment for my skills and personality to solve real business problems and make a difference. Towards the end of that 4.5 years, I pointed the software company in more of a technology growth focus versus a coaching focus and it became evident that it was time for me to explore the next chapter in my journey. It only made sense for me to concentrate on solving problems for contractors when it comes to growing their business and finally thriving, getting out of the “blessing and the curse” of running contracting business that’s really just a high paying job. Because why not? I was able to be closely involved with a market leader, I have already helped hundreds of contractors, visiting their offices, building industry relationships, plus – I had the playbook! So therefore — Sales Transformation Group was birthed.

You see, I have a program that plots out each step in helping you build a predictable sales model so that you don’t have this up and down emotional roller-coaster ride of stress and excitement, but rather a progressive and controlled growth pattern for years to come. I take you through each step to constructing, enhancing and developing your PEOPLE first, mindset, processes, strategy, structure, tactics, culture, compensation and more — in turn creating an awesome organization.

So, if you’re a progressive and growth minded contractor – maybe you have children in the business and you want to hand off something greater than you created, something they can take to the next level. Or – you’re ready to get out of the “old school” mindset and be part of the next generation of contractor, I can give you the road-map to transformation that will make the difference you’re really looking for. Come join me, let’s go create your version of Contractor Nirvana.

About the Author: Ryan Groth

Ryan Groth helps specialty contractors transition from a bidding company to a high performing sales organization that makes revenue predictable. He is an expert at helping companies get clients and grow at the pace they want by making things super simple to understand. If you're interested in moving away from low bid work or scaling up and getting clients then definitely reach out and request a free strategy session today.